This is not a political post. I say that because although this has to do with Occupy Wall Street, it doesn’t have to do with the politics of OWS. I’m not writing about whether the movement and its aims are legitimate. Rather, I’m writing about the message–or lack thereof–that the movement is trying to convey.

When I first heard about OWS last year, I went to their web site to learn more. What I learned was very little. Here’s text from their ABOUT page:

Occupy Wall Street is a people-powered movement that began on September 17, 2011 in Liberty Square in Manhattan’s Financial District, and has spread to over 100 cities in the United States and actions in over 1,500 cities globally. #ows is fighting back against the corrosive power of major banks and multinational corporations over the democratic process, and the role of Wall Street in creating an economic collapse that has caused the greatest recession in generations. The movement is inspired by popular uprisings in Egypt and Tunisia, and aims to fight back against the richest 1% of people that are writing the rules of an unfair global economy that is foreclosing on our future.

Good enough. But what does that mean? The more I read about OWS protests, the more frustrated I got. I didn’t understand what change they were trying to effect. “Fight back against the richest 1%” is fine–but what does that mean in terms of policy? It seems the movement has lacked a simple, coherent, unifying action item that could galvanize people and result in real change.

It got me thinking about the most effective social movements in our history. Without fail, they’ve been very simple–and very specific:

One Person, One Vote

Clean Air (or Rivers or Lakes or Oceans)

I’m a firm believer that “the most powerful messages are the simplest.” Said another way, the least effective are the ones that are vague or complicated or try to be all things to all people.

I’ve read about very specific calls to action within the OWS movement–such as universal health care and full representation in Congress for the District of Columbia. And one could argue that OWS is an umbrella movement for those issues. But I still say OWS would be a lot more effective if it stood up and said, “Tax the 1% 40%,” or “Universal Healthcare for All,” or “No Voter ID.” 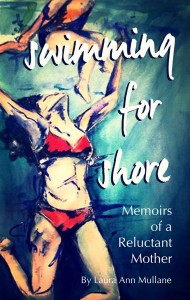 Swimming for Shore: Memoirs of a Reluctant Mother

An unflinching memoir that explores the decision to have children and the struggle to come to terms with the new role as Mom. Now available on Amazon.com in paperback and Kindle.